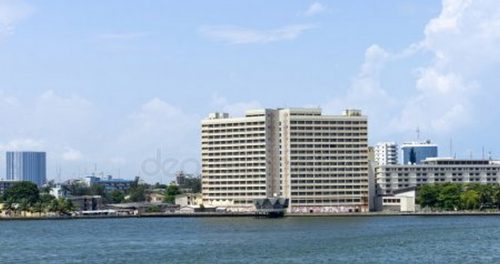 Nigeria is located in the western coast of Africa. It borders Gulf of Guinea between Benin on the west, Cameron and chad on the east. The country’s land mass is 932, 768 sqm extending all the way from the Gulf of Guinea to the Atlantic Ocean it the south which is typically a tropical forest region and to the Sahel and Sahara Desert on its Northern axis where it also borders with Niger.

Nigeria, practices presidential system of government. The prosperity of the country is attached to its cultural diversity, a growing economy based on its natural resources, Agro-Allied sector, and trade.  Nigeria comprises 36 states and the Federal Capital Territory (FCT). The population of the country is about 200 million which makes her the largest democracy in Africa and is often referred to as the “Giant of Africa”.

Nigeria got her independence from the British in 1st October 1960. After the independence, the country was under civilian rule, before the military took over power in 1966. Since then, Nigeria’s political life became characterized with military takeovers until democracy was restored in 1999.

The government consists of three arms; the Executive, the Legislative and the Judiciary.  Nigeria adopts a bi-cameral legislature.

According to data from the African economic outlook, the Nigerian economy showed a GDP growth to 6.3 percent in 2014, and it is expected to stay on a positive scale for more years. Efforts are being geared by the present government to diversify from oil to agriculture as well as solid mineral development. The country is keen in attracting foreign investors and the development of the public and private sector, with strong desire in strengthening its collaboration with foreign partners in critical areas of its economy.

Agriculture has been the mainstay of Nigeria economy until the discovery of crude oil in 1953.As for the agricultural sector, it produces yam, cassavas mainly for its domestic consumption while crude oil, cocoa, rubber and palm oil for export. The government through its agricultural sector is committed to improving domestic production, employment, trading and private income and spending, which is a vital tool in raising the standard of living of its citizens.

Moreover, the government is creating an enabling environment from oil-based economy to agricultural development that will boost the nation’s domestic and foreign trade and thrives in making it accessible for its local population.

A land of divers, ethnic, traditions, languages, religions, and cultures, Nigeria is a huge and rich cultural heritage with more than 350 ethnic groups, where each group has its language and culture. Dominant tribes are the HAUSA, IGBO, and YORUBA which represents the majority of the total population 66%. The other ethnic groups have their dialects and traditions.

The official language spoken is English. It is unique that a population who is thriving for achievement keeps its traditions and values for life, creativity is everywhere in Nigeria.

A beautiful country to visit and explore its landscapes, tropical forests, cultural museums, zoos, wonderful landscapes and beaches, water falls, lakes, arts and crafts, holiday resorts, Nigeria is a tourist destination. The Yakari national park is known as the perfect place to spot elephants, buffalo, and enjoy the wild view. Obudu Cattle Ranch as a popular resort from the colonial days, museums as Mbari cultural centre to discover the traditions and lifestyle of Nigeria and a host of others.

Israel and Nigeria established relations in early 90s, since then the relations between both countries has been mutually beneficial. Efforts are on high gear by both countries to engage in the development of Agro-Allied sector of the two friendly countries, as both countries participated in the recently AGRITECH EXHIBITION held in Israel in January 2019 and Nigeria in March respectively. The exhibition affords Nigeria the opportunity to showcase their agrarian potentials to the outside world to attract Foreign Direct Investment (FDI) in Agro-Allied sector.